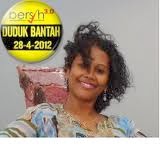 We, the  116  undersigned  civil society groups, trade unions and organizations are shocked that the Malaysian government, after the recent General Election has resorted to charging human rights defender Lena Hendry on 19 September 2013 for being involved in the screening of a documentary "No Fire Zone: The Killing Fields of Sri Lanka" at a human rights event in Kuala Lumpur on  9 July 2013.

Lena Hendry was charged for an offence under the Film Censorship Act 2002, in connection with the screening of a video  which  was not  vetted and approved by the Film Censorship Board of Malaysia. If convicted, she faces the sentence of a ‘…fine of not less than five thousand ringgit and not more than thirty thousand ringgit or to imprisonment for a term not exceeding three years or to both…’ She is charged under Section 6 of the Act that makes it an offence to, amongst others, to produce, manufacture, have in one’s possession, circulate, distribute and display such film or film-publicity material which has not been approved by the Board. This may include video material ranging from family videos, videos of political and human rights material including recordings of forums and speeches, videos about citizen rights including the right to free and fair elections or worker rights, and even videos about rights violations in other countries including Palestine.

A ‘…videotape, diskette, laser disc, compact disc, hard disc and other record of a sequence of visual images, being a record capable of being used as a means of showing that sequence as a moving picture, whether or not accompanied by sound…”, is also included in the definition of ‘film’ as provided for in Section 3 of the Film Censorship Act. It is absurd that in Malaysia, the law requires one to get approval of the Malaysia’s Film Censorship Board for all such material.

The Act is also discriminatory as it does not apply, amongst others, to “...any film sponsored by the Federal Government or the Government of any State...”. The government does not need to obtain approval from the Censorship Board, but everyone else is expected to do so.


The charging of Lena Hendry in September 2013 by the Malaysia government is seen as an effort to limit access to information and alternative views particularly those highlighting human rights violations and alternative perspectives. This violates individual and civil society and public rights to information, freedom of expression and opinion.


If the screening and usage of such material incites a criminal act, or violates another person’s rights, there are existing laws to address this. There is no requirement for any prior government approval or ‘censorship’.


In Reporters Without Borders’ 2013 World Press Freedom Index, Malaysia has fallen to its lowest-ever position because of the decreasing access to information. Malaysia embarrassingly dropped 23 places, and now ranks 145 out of 179.

Article 1 of the Declaration on the Right and Responsibility of Individuals, Groups and Organs of Society to Promote and Protect Universally Recognized Human Rights and Fundamental Freedoms states clearly that “Everyone has the right, individually and in association with others, to promote and to strive for the protection and realization of human rights and fundamental freedoms at  national and international levels.”

Lena Hendry, has the right to ‘…freely  publish, impart or disseminate to others views, information and knowledge on all human rights and fundamental freedoms…’, and that should include the right to use films, documentaries and other video materials.
To advocate a policy or a law that says that film or video material must be pre-approved by the government before it can be used is in itself a violation of principles of human rights and the UN Human Rights Defender Declaration.

Therefore, we
a)    Call on the Malaysian Government to immediately and unconditionally drop the criminal charges against Lena Hendry;

b)    Call for the repeal of provisions in the Film Censorship Act 2002 that obligates persons to seek approval of the government vis-à-vis the Film Censorship Board before a film, videotape, diskette, laser disc, compact disc, hard disc and other record of a sequence of visual images can be used;

c)  Call on the Malaysian government to recognize, promote and respect human rights, including those contained in the UN Human Rights Defenders Declaration
Charles Hector
Pranom Somwong
For and on behalf the 116 organisations listed below

Source: Charles Hector Blog
Posted by In Defence of Lena Hendry at 00:06

Newer Post Older Post Home
Subscribe to: Post Comments (Atom)
For a background about Lena Hendry's case, see Joint Statement by now 116 groups DROP THE CHARGES AGAINST MALAYSIAN HUMAN RIGHTS DEFENDER LENA HENDRY NO TO PRE-CENSORSHIP OR PRIOR APPROVAL FOR USAGE OF FILM/VIDEOS

To see the Charge and sentence if convicted, and the relevant sections in Malaysian law that is being used.

According to law, any vdo or film, if it has not been approved by the Malayian censorship board cannot be in possession,... or used by by anyone. This is 'state control' that is unacceptable and will affect human rights defenders, trade unionist, community organisers, women's activist, political parties, religious groups...i.e. all civil society groups. It is a violation of human rights and is a VERY SERIOUS ISSUE that demands our attention and response


Now, that there is another website maintained by others that is providing updates on HRD Lena Hendry's case, our efforts are no longer crucial. Do visit http://komas.org/indefenceoflenahendry/